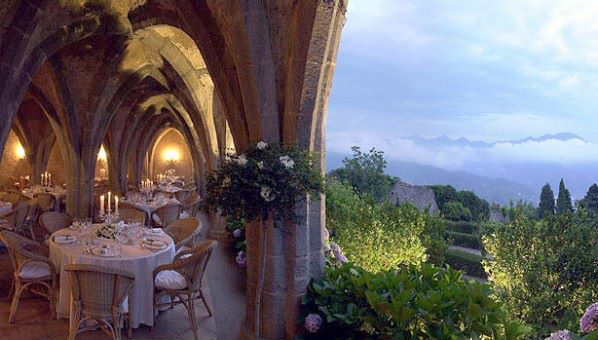 The Amalfi Coast runs 28 miles along the southern coastline of Italy, interupted by breathtaking cliffside roads, picturesque towns and idylic endless blue sea and blue sky views from every corner!

It has a Mediterranean climate, hot summers and mild winters.

This coast is filled with ancient villages such as Positano, Amalfi and Sorrento, they are popular tourist spots with a higher price tag than most other locations in Italy.

The only land route to the Amalfi Coast is the 40 kilometres (25 mile) long route, which runs along the coastline from the town of Vietri sul Mare in the east to Positano in the west. It can be a bit of a hair-raising drive for those not used to Italian roads!

The Amalfi Coast is known for its production of limoncello (a strong lemon liqueur). The giant lemons are grown in terraced gardens along the entire coast between February and October adding a beautiful citrus aroma to the area.

Rosie The Wedding Planner can arrange church weddings and civil ceremonies followed by receptions in villas, hotels or restaurants along this amazing coastline. CLICK HERE TO SAMPLE VENUES AND PRICES